With the tag line “Japan’s most powerful all-girl rock band” and having their first 41-show solo world tour in success, there’s no question about SCANDAL being a product of the burgeoning world’s show biz scene.

An upbeat teen pop-rock with the additional gimmick of lead vocals split between all four members of the group, SCANDAL has received the Best New Artist Award of the Japan Record Award and all of their albums to hit top 5 of the Japan’s national chart. Formed in 2006, toured overseas straight away, participating in the Japan Nite U.S. tour 2008 and playing Sakura-Con in Seattle, as well as shows in France and Taiwan. In March 2012 had a successful performance Nippon Budokan with unusual speed, and in January 2015 they kicked off their biggest national hall tour along with their first world tour of 41 shows in 9 countries including the US, France, UK, Germany, Mexico, Hong Kong, Singapore and Taiwan with a turnout of 80,000 audiences. The quartet is leading the Japanese girl band scene in terms of music, looks, and characters, which makes them take copy band contest place for their 6th time.

In 2016, just announcing another world tour, the all-girl group is surely taking the world by storm.

Here are some important matters that everyone should know about the SCANDAL Tour 2016 「YELLOW」 in Singapore concert at The Coliseum™. 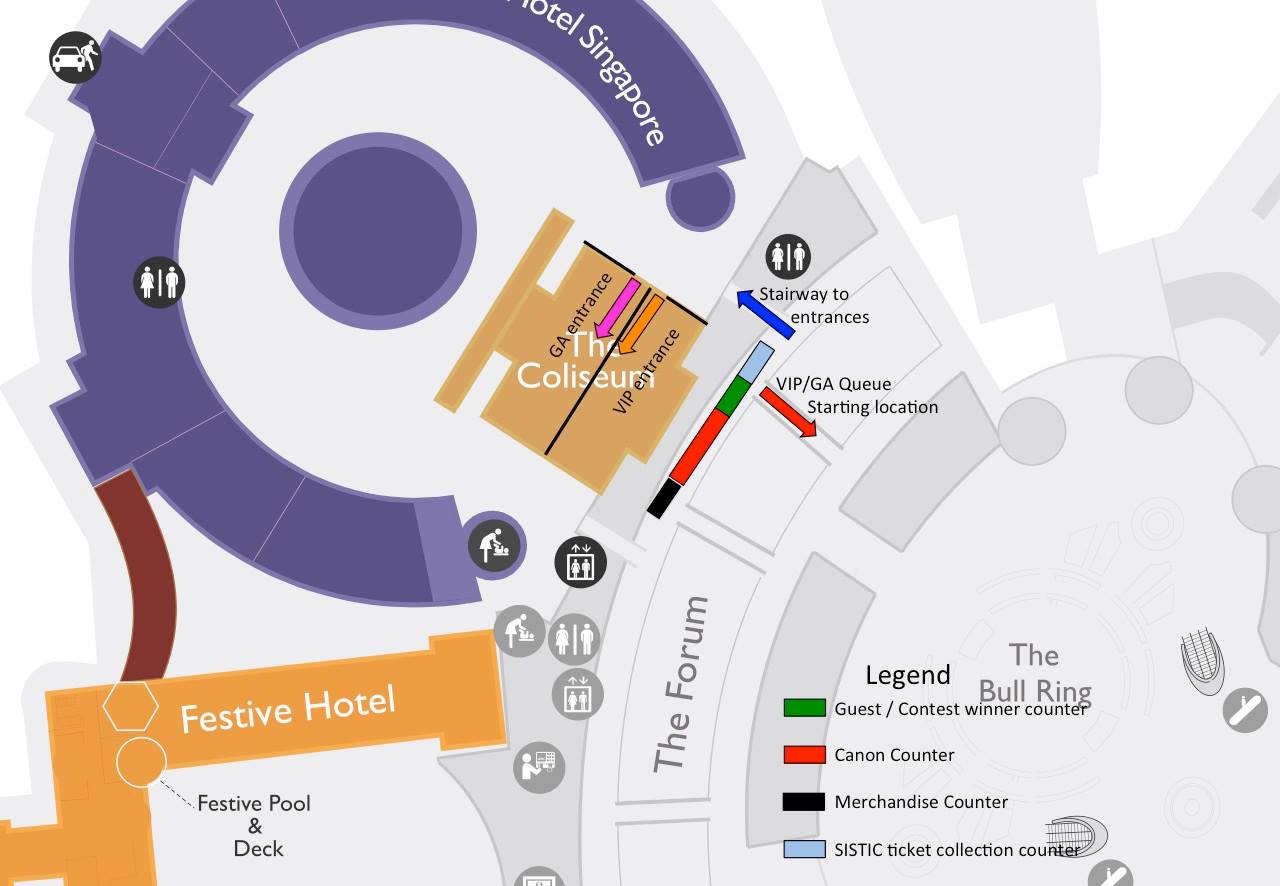 The queue for entrance into the concert will open at 2pm, starting at the location shown in the image. Before entry, you will be given a wristband to denote your ticket tier. You cannot enter the venue unless you have a wristband put around your wrist.

The SISTIC ticket collection counter will open at 4pm. All tickets not collected from other outlets before 2pm will have to be collected at the venue. Tickets will not be sold at the counter. The nearest SISTIC counter is located at the Resorts World Theatre and at Vivocity.

The merchandise counters will open at 3pm. Please note that all transactions are cash only. Exchange and/or refunds for non-defective items are not allowed.

If you are one of the lucky ones who managed to get your hands on a VVIP ticket, here are the details for the photo session. 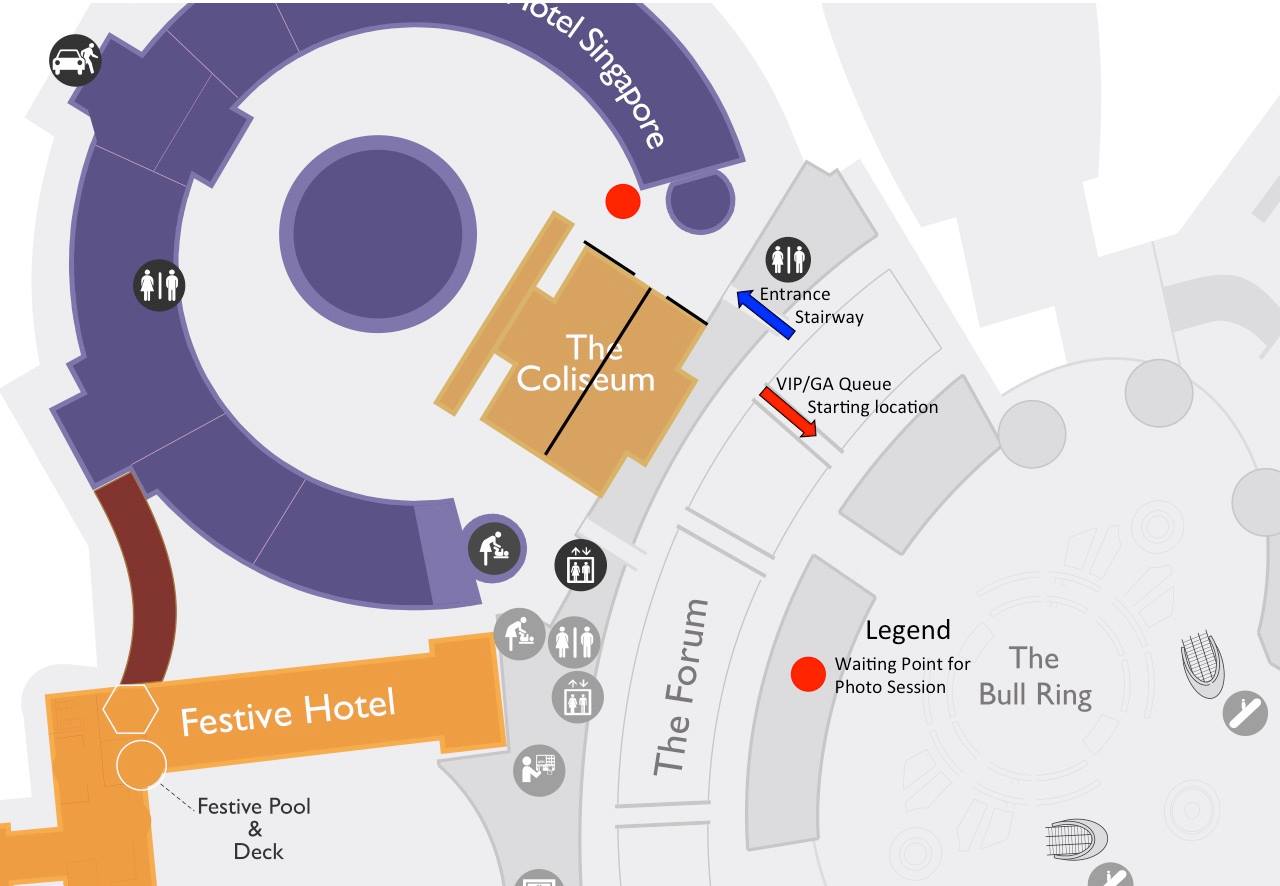 All tickets will be released on 18th March. If tickets for any tier is sold out, they will not be replenished on the 25th. There is strictly no reservation of tickets.

Please note the following before you purchase your tickets:

Sales will take place at the venue entrance, located next to Hard Rock Café and start at 3pm on June 4th. All sales are cash terms only. All sales are final and no returns and exchange of non-defective items will be accepted. 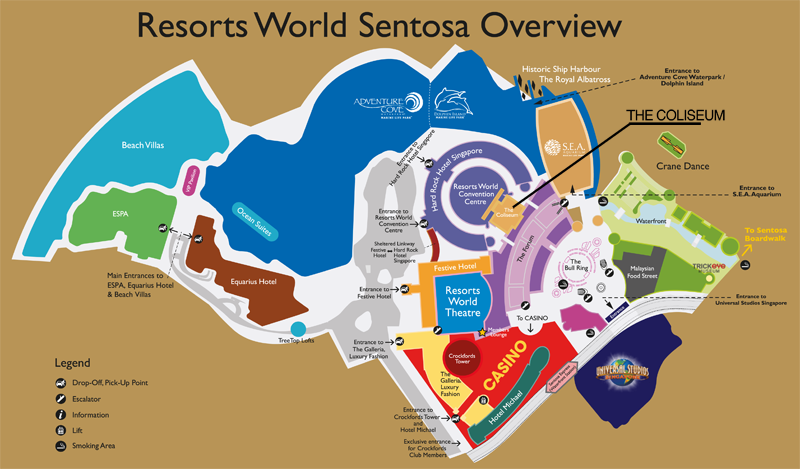 The concert will be held at The Coliseum™, Hard Rock Hotel® Singapore, Resorts World™ Sentosa.

For a detailed route to the venue, please access the following site (http://www.rwsentosa.com/language/en-US/Homepage/HowToGetHere) and select your destination as “S.E.A. Aquarium™”, together with your method of access. While it is not the exact location, it is the closest destination to the The Coliseum™.

Note: The concert will be held on Sentosa Island and that there is an entrance fee onto the island itself. The cheapest way is to make your way across on the footbridge, located near Vivocity.