Initial member of idol group AKB48 and Team K. She was also an exclusive model of fashion maganize “cawaii!”

August 2013, Tomomi Itano graduated from AKB48 after 8 years of being a initial members and started performing as solo artist in earnest.

Tomomi Itano became the first female solo artist that has a record of 150,000 copies sold in the first week of released, since “Flavor of Life” (Hikaru Utada)in 2007.

She is also well-known for achieving 150,000 copies sold after a solo debut from women’s groups, since “Ai no Bakayarou” (Maki Goto) in 2001.

She is also releasing her 2nd album this year, on 2nd November.

At the end of the concert, all attendees are entitled to re-entry into Millian Singapore during their club operational hours at no extra charge.

Please have your e-ticket (either as a printout or on a screen bright enough for the efficient operation of scanners) ready as well as a form of identification. Attendees will be given a wristband which must be kept on at all times during the concert. A different coloured wristband will be given for those under the age of 18, or unable to produce any form of identification. This is for identification purposes as alcohol sales by Millian will take place during the event.

1. Admission to show/venue by full ticket only. Printed or electronic tickets must be produced for admission.

2. There will be no venue collection available for this event. It is the responsibility of the guest to pick up or print out the tickets before attending the event.

3. No admission for children below 12 years old. Adults and children 12 years old and above will each require a ticket for admission.

4. Event is free-standing and guests are admitted on a first come first served basis.

5. No photography or video/audio recording is allowed in the venue.

6. Only food and beverages purchased within Millian Singapore will be allowed for consumption. Guests will be subjected to bag and ID checks prior to show. Only patrons above 18 will be allowed to purchase alcohol.

Winners of the special autograph poster giveaway are requested to identify themselves to staff during the scanning process. They will be given additional wristband on top of the standard wristband mentioned above. Please also follow instructions from our staff at the end of the show to redeem the poster from Tomomi Itano herself!

Check out the list of goods available for sale

Sales will begin from 5pm at the main entrance to Millian Singapore on 8 October 2016.
Sales are on a cash-only transaction basis 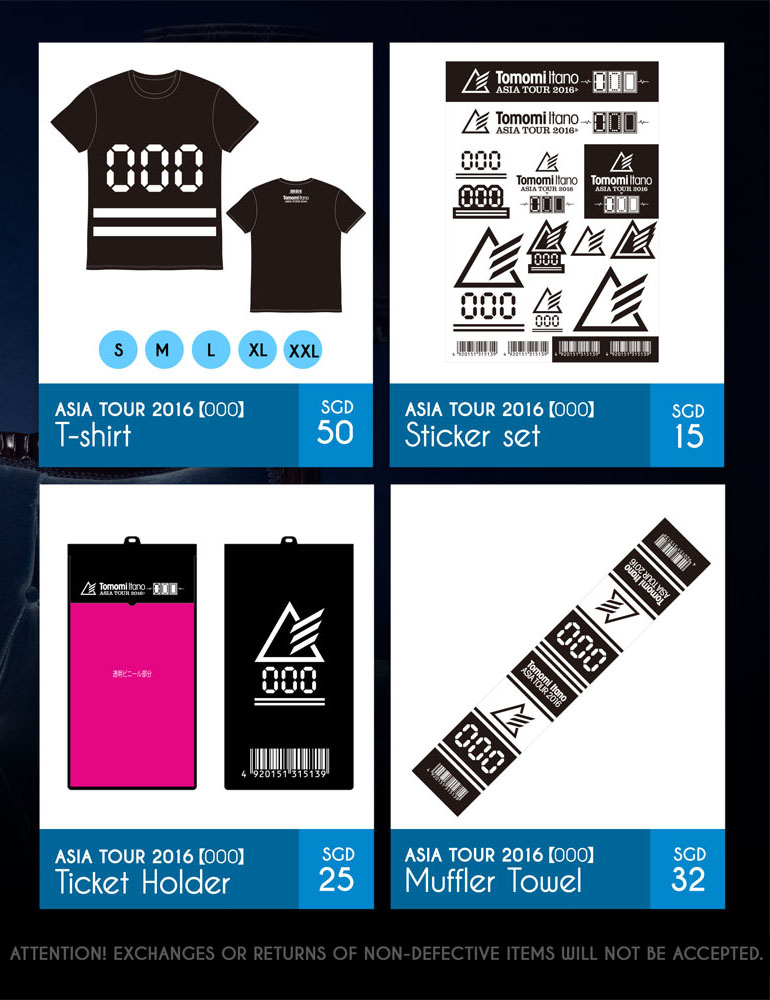