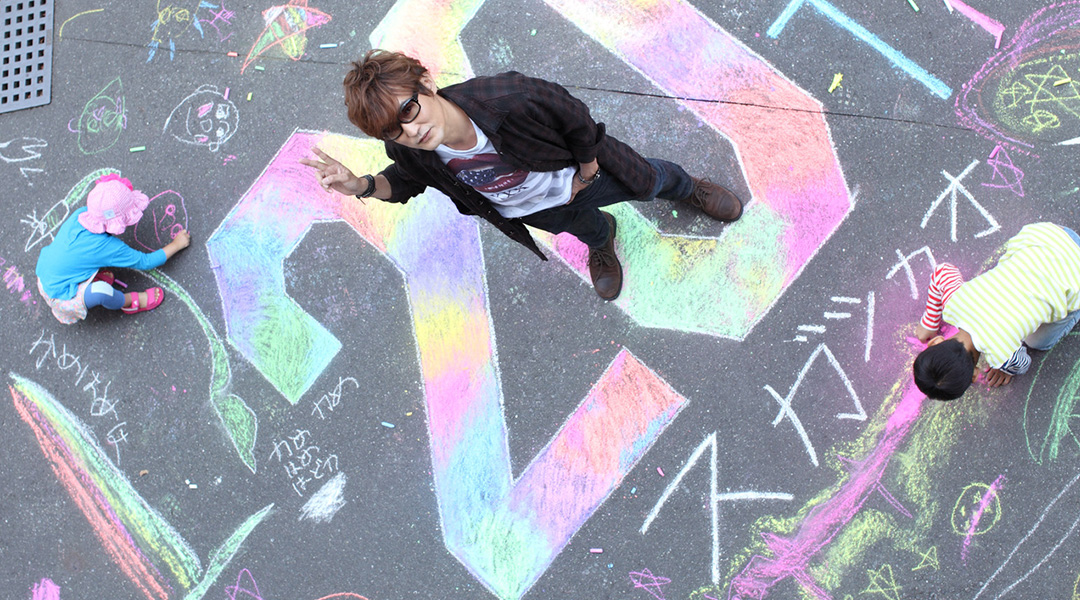 Suga Shikao made his debut in 1997 with “Hit Chart wo Kakenukeru”.

His first album “Clover” – comprised of all-original songs, made it to the Top 10 of the Oricon charts.

In 2011, he left his agency to pursue his career independently.

He continued working, freed from the constraints of being labeled a major or an independent artiste.

In 2014, he returned to the Japanese music scene with the single “Astride/LIFE”.

In 2016, he celebrated the 20th anniversary of his debut.

As part of the anniversary project, he released an original album entitled “THE LAST” – his first in six years.

In June of the same year, he started the band “kokua” as their vocalist, and together they released their first album “PROGRESS”

In 2017, he held the penultimate event of his 20th Anniversary project with a concert at the Saitama Super Arena in May – the highly successful “SUGAFES – A Once Every 20 Years Miracle Fest”. A follow up – entitled “SUGAFES West – Suga Shikao VC kokua the Undefeatable Band” is scheduled for September this year at Osaka-jo Hall.

Doors open: 7pm
• Drinks redemption begins when doors open (counter near VIP queueing area).
• Complimentary passes and contest winners do not include drinks. You may wish to purchase drinks from the same counter. Please refer to the counter on show day for prices.
• Bag checks will be conducted at entry.

VIP postcard redemption: At end of concert from staff

Ordered entry determined by ticket number in ascending order. ie: The earlier the ticket is purchased, the earlier the entry on show day.

*prices include one drink, but are not inclusive of ticketing charge