MIYAVI is gaining recognition around the world for his unconventional style of playing the guitar—not with a pick, but with his fingers and his “slap style,” which is like no other. MIYAVI has six successful world tours under his belt, totalling more than 250 shows in 30 countries across North and South America, Europe, Asia and Australia.

In 2013, MIYAVI entered a new phase by releasing the single “Ahead Of The Light,” which features his slap guitar with the strong beats of electro/dance music. His self-titled album, MIYAVI, was released in Japan in June 2013 and is now being released in Asia, Europe and North America.

In recent years, MIYAVI gathered attention from other artists and creators in the field. He has also produced music for television commercials. His music has been featured on various commercials for brands, including Uniqlo, Toshiba, Nissan, Lotte Co., Otsuka Pharmaceutical Co., among others.

In addition, he is receiving a lot of attention from fashion brands. With his acting debut in Unbroken, MIYAVI was inspired by the message of peace which he himself has strived for; he has been able to use all his performing abilities this time as an actor who considers his body and soul to be his instrument. Consistently aiming for the next level, fans refer to MIYAVI as the “Samurai Guitarist.” 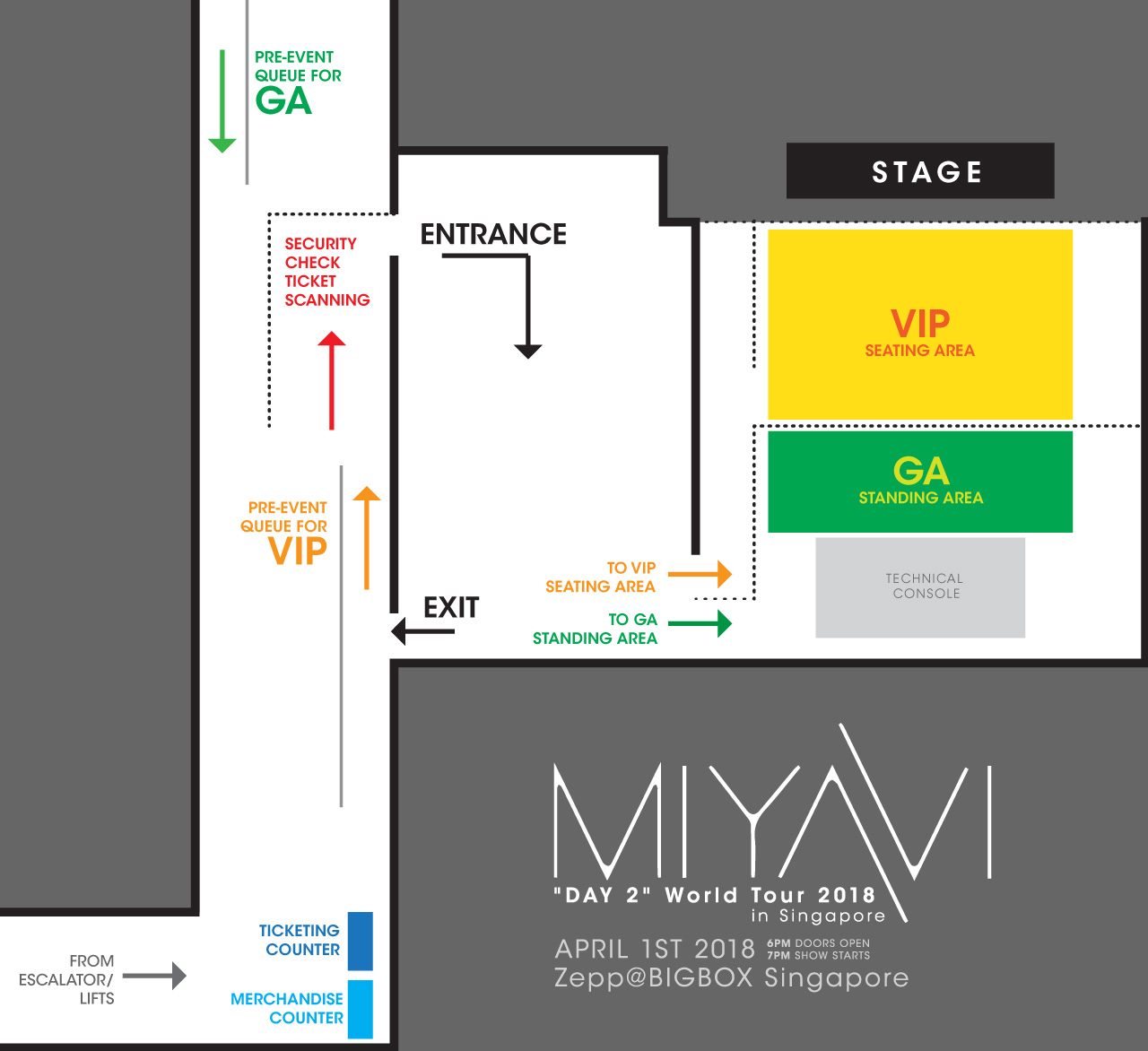 Security checks will be conducted during entry and re-entry. For faster access, we recommend that attendees to use bags that can easily opened for checking and to bring minimal items.

Prohibited items:
– No glass bottles
– No weapons or replica weapons.
– No cameras of any sort, including, but not limited to still camera, video camera, action camera, etc.
– No selfie sticks
– No audio recorders
– Any other item, at the discretion of the security officers, found during bag checks that may be deemed dangerous and/or detrimental to the running of the event.

Please note that there are limited lockers at the venue and require payment for usage. No cloak room services will be provided.

SOLD OUT!
For Reserved Seating, infants in arms, children and adults will each require a ticket for admission. Each guardian or parent is responsible for his / her child/ward’s safety.

For Free Standing, infants in arms and children under 12 years old are not allowed.

More details to be announced soon!